Weekday Chicken in the Oven Recipes 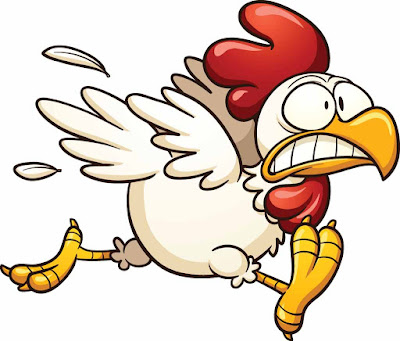 People run pretty hard during the week and so, given the incredible versatility of chicken, it isn’t surprising that just about everyone has at least one, if not several, go-to chicken recipes that can be prepared quickly and popped in the oven for an easy weeknight supper. Here are a couple that we’ve been making for years; I just never got around to posting them.

I normally avoid posting dishes that are what I call “can-o-dis” recipes.  You know the type: pour a “can-o-dis” kind of soup over something, and then call that culinary art.  But I’m making an exception in this case because we all need convenience in our lives and sometimes, brevity and simplicity doesn’t mean something can’t taste damn good.  And that’s been a prime directive for this blog since I started it over a decade ago – never post any recipe that I haven’t personally tried and that either myself or my Number One Fan hasn’t made and perfected…..and liked.

So, giving credit to my Number One Fan for these two recipes she’s been making for years, and to the first recipe’s inspiration from the Sugar Buster Cookbook, here are two go-to weekday fix-easy-and-pop-in-the-oven chicken recipes that are worthy of praise and posting. 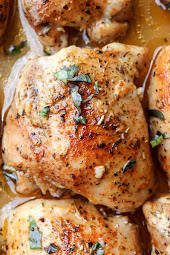 Of the two recipes posted, this one is low carb, unless you serve it over rice. Originally published in the Sugar Busters Cookbook in 2003, this dish was called Baked Chicken Supreme.  If you conduct an Internet search of that recipe name, you’ll find hundreds of them and the only thing they have in common is chicken.  I think people use the word “Supreme” when they run out of ideas to name their dish, or maybe had none to begin with.  I say, call it what it is, which our recipe does.

This recipe originally called for a full cut-up chicken.  But since white meat and dark meat cook at different rates, we found using just chicken thighs works better – and tastes better, too.

Incidentally, this isn’t a pure “can-o-dis” recipe: it takes just a few minutes of thoughtful measurement of several ingredients to pull together, but it’s still a quick turnaround.

Place the chicken in a baking dish and season with salt and pepper.  Leave chicken skin side up

Combine all remaining ingredients in a mixing bowl, whisk well, and pour over the chicken.  You want the liquid to cover about half of each piece of chicken leaving the skin exposed so it will cook up crispy and flavorful.

Bake at 400 degrees for 1-1/2 hours, and baste once or twice during cooking.  Serve over rice. 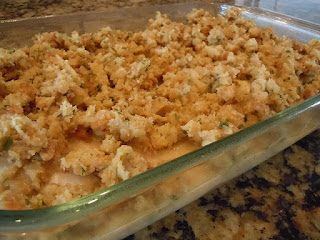 I have no idea where this recipe came from, but my Number One Fan has been making it for at least twenty years.  While it is a “can-o-dis” recipe, it adds a couple of culinary nuances so that you wouldn’t really know it.  My only complaint is that generally we eat all the stuffing on the first go-round and don’t have any for the leftovers.  I might have to work on that.

1 can of condensed cream of chicken soup (like, Campbell’s)

You need a casserole dish that has a tight fitting lid.  Treat it lightly with non-stick cooking spray, then lace the four chicken breasts seam-side down.  Season with salt and pepper, and then place the slices of Swiss cheese over all the breasts.

In a separate bowl, mix the soup and sherry together and whisk well, then pour over all the chicken.

Bake covered at 350 degrees for one hour until the chicken is tender and the the mixture is bubbly.