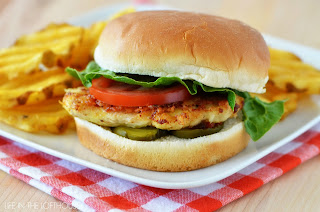 Chick-Fil-A has one of the best chicken sandwiches around.  At least that’s what I’ve heard.  Honestly, I haven’t eaten one since they were just another food-court option in most large, big-city shopping malls.  Chick-Fil-A started as strictly a mall fast food retailer in the late 60’s and didn’t establish free-standing restaurants until the mid-80’s.  I may have eaten one in a mall once while Christmas shopping, but it wasn’t on a Sunday.  Chick-Fil-A’s founder, Truett Cathy, was a staunch Southern Baptist from Georgia and has always closed his stores on Sundays.

This actually became a bone of contention with many mall management companies as Chick-Fil-A sought to renew existing leases or expand into other shopping malls.  As consumerism rose in the 1970s when almost all retail operations, and certainly all nationally branded restaurant chains began to operate on a seven-day-a-week basis, this actually influenced Cathy to seek expansion through free-standing operations where he could damn-well open and close whenever he wanted.  Interestingly, this is when the chain really took off to become the fast food giant it is today, ranked 11th in annual sales of more than $3.5 billion – higher than Domino’s, Arby’s or Jack in the Box, with the highest customer satisfaction index among the top 50 fast food brands.

I doubt my version exactly matches the taste of the original, which is why I call this recipe a “ripoff” as opposed to a “copycat.”  No matter.  If you want a hot, juicy chicken sandwich with very little effort, this is the way to do it.

The Recipe
With a sharp knife, butterfly each fillet by setting it on a cutting board and slicing it horizontally almost in half, but not quite all the way through.  Thus, when you open the two sides while still attached in the middle, the filet opens like a butterfly.

Put each fillet one at a time in-between two pieces of Saran wrap, and using the smooth side of a meat mallet, pound out the filet to a thickness of about 3/4″.

Dip the filet in the beaten egg.  With the flour, Parmesan cheese, black pepper and Mrs. Dash well blended and evenly spread on a plate, press each side of the filet into the mixture to ensure it is well coated.

In a large skillet large enough to accommodate both fillets, melt the butter over medium high heat, then blend with the olive oil and continue heating until the oil is shimmering.

Carefully lay the fillets into the hot oil and cook for 3 minutes.  Flip over and cook for about two more minutes.  You want the coating to have a golden brown color, but you also do not want to over-cook the fillets or they will toughen.

After drying on paper towels for a minute, place the fillets on a hamburger bun with mayonnaise and dill pickle chips, and you have some semblance of a Chick-Fil-A sandwich.  Further add lettuce and tomato for a more complete meal.