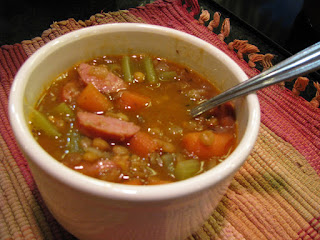 To quote George Carlin, I grew up Catholic until I reached the age of reason.  I was told that the Catholic season of Lent, that period of time leading up to Easter where one is supposed to atone for one’s sins by practicing sacrifice and abstinence, had been named after the lentil pea.  I was further told that this was because in Roman days when the church was largely underground, the lentil plant was one of the few green plants that could survive as adornment for a sunless alter.  What I wasn’t told is that this explanation was a complete fabrication.

According to the Catholics themselves, the word “Lent” comes from the old English, “lencten,” which means “spring.”  In Old German are found the related words:  lenzin, lengizin, and lenzo, which probably come from the same root as “long” and are referring to “the lengthening days,” as the earth moves from the winter solstice toward the vernal equinox.  In fact, our English word “lens” actually comes from the word lentil because of the similarity of the convex shape of both.  If you stop and look, the lentil pea does, in fact, resemble the shape of a small lens.

I suppose that lentil soup has been somewhat associated with Lent because one is supposed to abstain from eating meat during this period, and lentil soup can be a hearty and satisfying substitute for a meatless meal.  But not being one to think that giving up meat or practicing any dietary restrictions will get you closer in grace to the Almighty, I don’t subscribe to the notion of a meatless meal, be it lentil soup or otherwise.

This is an easy dish to prepare and you can experiment with other kinds of meats and sausages.  While my recipe uses Kielbasa, a mild, garlicky Polish sausage, you could give the dish a Creole flare and use Andouille sausage instead.  Add a tablespoon of Creole or Old Bay Seasoning and you’ve got something worthy of a Mardi Gras dinner. Or, a plain, diced chicken breast would be a fine addition to this recipe as-is.

Dry lentils, readily available in our grocery stores today, require no soaking like other dried legumes.  But they should be washed and rinsed before cooking.  There are wide variations on the internet for the manner in which to prepare this soup, including the addition of fresh spinach or kale toward the end of cooking, allowing the green leaves just enough time to become limp.  I preferred the more traditional route and omitted that step from this recipe which was modified from one my Number One Fan found on allrecipes.com.

The Recipe
In a large soup pot or dutch oven, heat the olive oil over medium high heat until shimmering, then add the onion, celery and carrots (the trio of which is known in French cooking as a Mirepoix) and saute until the onions begin to take on a little color, about ten minutes.

Reduce heat to low, partially cover the pot, and simmer for two hours.  You will notice that the lentils will absorb a good deal of the liquid and the soup will become much thicker.  Stir the soup every twenty minutes or so while cooking.  If the soup is too loose for you, then take the lid off and allow the liquid to reduce a bit.

Toward the end, add the vinegar and additional salt and pepper to taste if needed.  If you want to add fresh spinach or kale, do so in the last ten minutes of cooking.

This soup is a meal itself, but a good hearty cheese biscuit or slice of cornbread goes along side quite well.